ANOTHER DAY OF LIFE

Another Day of Life” is a story of a reporter, Ryszard Kapuscinski, searching for the truth of the war and during his suicidal journey across Angola is faced with situations and events which force him to re-evaluate his approach to his work and life, in general. It is the dramatic account of the three months Kapuscinskispent in 1975 in Angola at the beginning of its decades’ long civil war 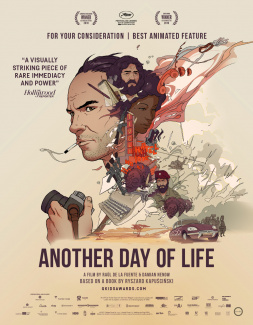